3+ Reasons Why Are Bugs Attracted To Light

In summer, there is nothing more enjoyable than staying outdoors and enjoying some great activities. Most of us love to sit on the porch and relax. Once you turn on the porch light after dark, you will be surprised by the aerial display made by hundreds of bugs as they circle around the light.

You will see that the bugs have almost covered the light. Have you wondered why are bugs attracted to light? Bugs like flies, mosquitoes, beetles, mayflies, crane flies, etc. are attracted by artificial lights. Scientists have researched on this and have come up with a number of theories for such behavior.

Here are four reasons why bugs show such behavior when they see the artificial light.

Due To Phototaxis And Navigation

Moths and other flying insects are positively phototactic; that is, they move towards lights. It is their natural reaction towards the light. Other insects like cockroaches are negatively phototactic as they move away from lights. Such night-flying insects navigate with the help of moonlight. They keep the moon’s reflected light at a certain angle and maintain a steady flight path. When artificial lights come in their way, the insects get confused. The lights from bulbs are brighter and they are radiated in different directions. When the insects come closer to an artificial light source, they try to follow that light rather than the moonlight. But as light bulbs radiate light in multiple directions they cannot maintain a constant angle, so they keep on circling.

They Mistake Light Sources For Flowers 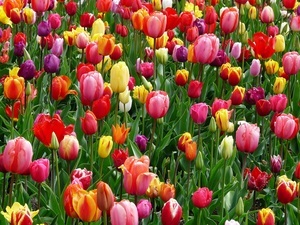 There are many flowers that reflect UV light. The flower is a food source for many bugs. So, bugs are attracted towards artificial light sources that emit UV light as they mistake it for flowers. You will see that these bugs are not very attracted to yellow or red lights that have longer wavelengths. Only UV lights attract them.

Why are bugs attracted to light?

Some scientists believe that artificial lights allow easy navigation as it clears up the path. So, instead of flying in the dark and getting into obstacles insects follow the light so that they can clearly see the path and avoid anything that comes in their way. The path becomes more visible with artificial light.

Overall, the scientists couldn’t come up with a definitive reason for bugs to be attracted towards the light. These insects’ suicidal mission towards light is still a big mystery. There are arguments with the theories just discussed. For example, insects are smart and they are fit to survive in the natural environment. But it contradicts with the fact that they dive towards the light and gets killed. Also, due to evolution, the behavior of insects should have changed over time. They should have learned to avoid lights in order to survive. But this wasn’t the case. You will find various arguments for all these theories. Hopefully, in future, the scientists will be able to come up with a better explanation for this mysterious phenomenon. Peter Robert I have a professional carrier expanding nearly about 20 years.


As an Amazon Associate, I earn from qualifying purchases.